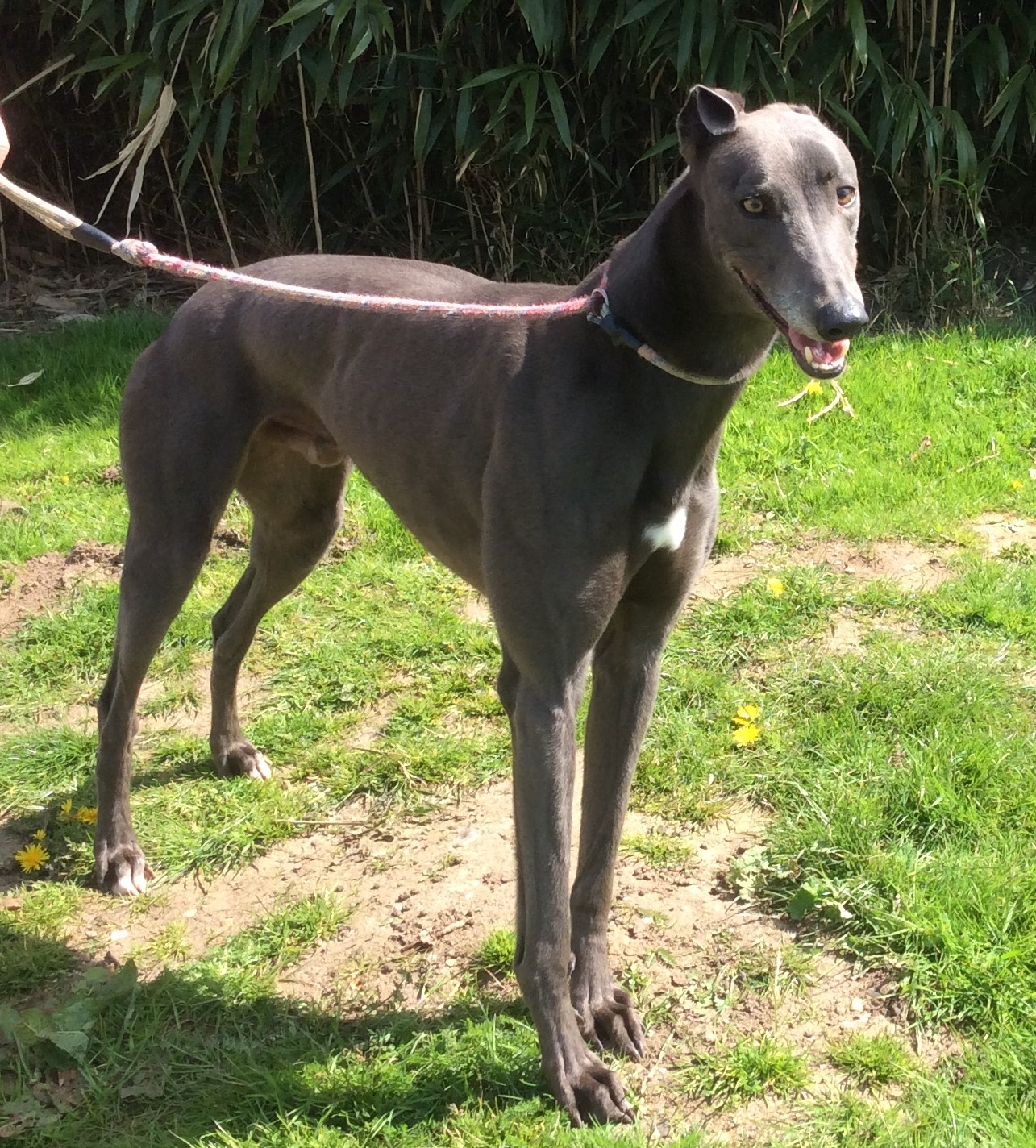 Davey is a handsome blue boy who is pleased to greet you with kisses and a wagging tail.  He is however best suited to an adult only home. He has met several children and he likes them but has a tendency to steal their toys.  He has proved to be very good around other dogs when we have taken him to shows.

Update 29th July:  Davey had an afternoon out of kennels at the golf day. He was very friendly, very keen to say hello to all the golfers, and particularly enjoyed being inside and having lots of treats.

Update 28th August:  Davey joined us at the Clacton Food and Drink Festival this weekend and as always he was a real c 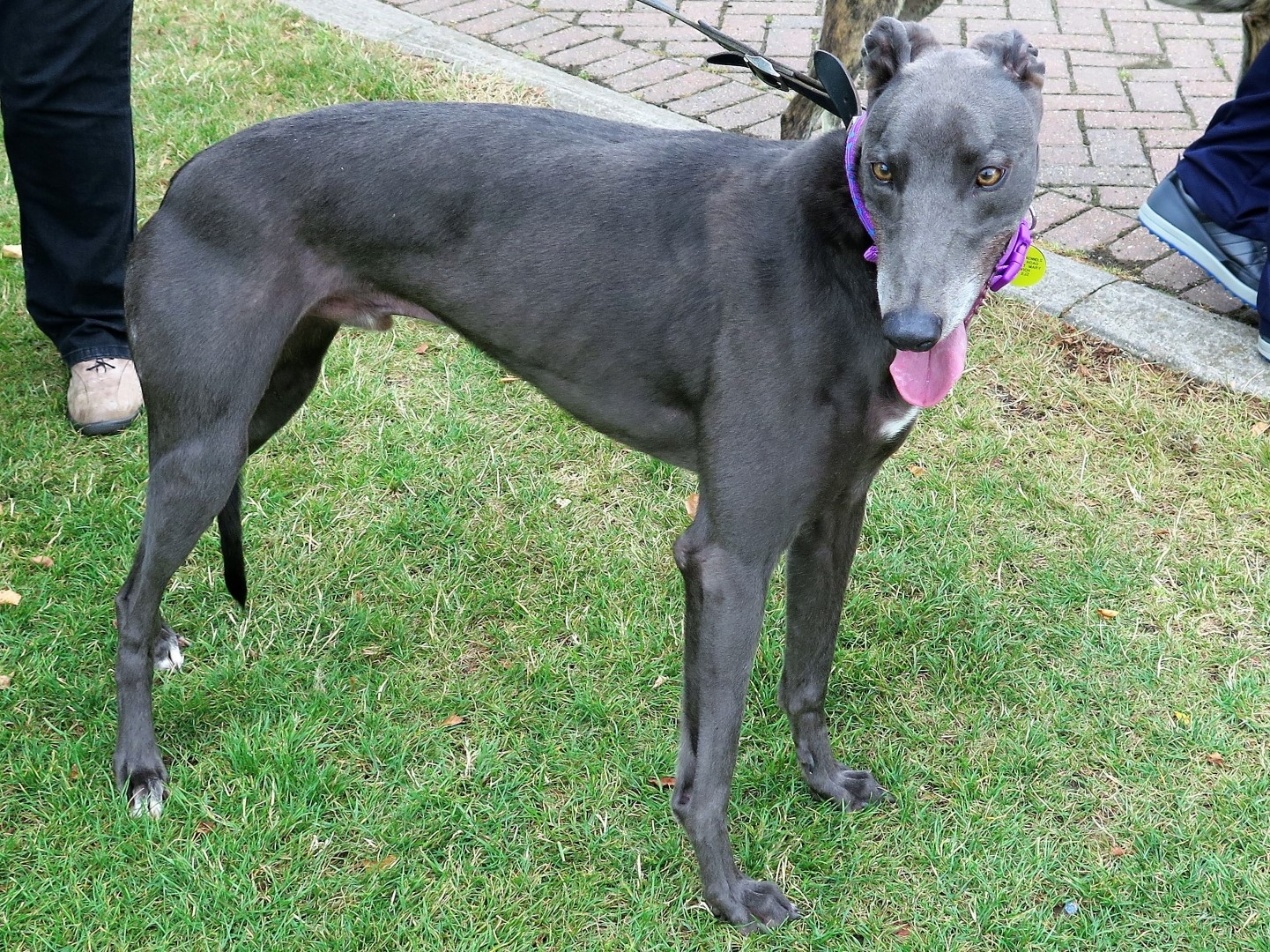 rowd pleaser.  He is always so happy to meet people,  including little people.  We took him for a little walk along the promenade,  funny little boy was fascinated by the sea and stood watching the waves rolling in for ages.

update 6th September  Davey has been out and about again this weekend.  He joined his kennel mates Moody, Claire and Rockie at the Bentley village fete.

Update 13th September Davey has been to a birthday party.  He turned lots of heads with his stunning looks.

Update 20th September:  Davey has a hectic social life.  This weekend he went to the Henham Steam Rally.

Update 24th October: Davey completed a 5 mile walk in aid of the East Anglian air ambulance service on Sunday.  He helped his new friends Cracker and Beanie by showing them that slippery wooden steps and bridges were nothing to be afraid of.  Likewise he explained to them that not all dogs look like greyhounds and that the short and fluffy ones are still dogs.  Fortunately he also realised that the big spotty one was a human and that meant some lovely ear rubs! 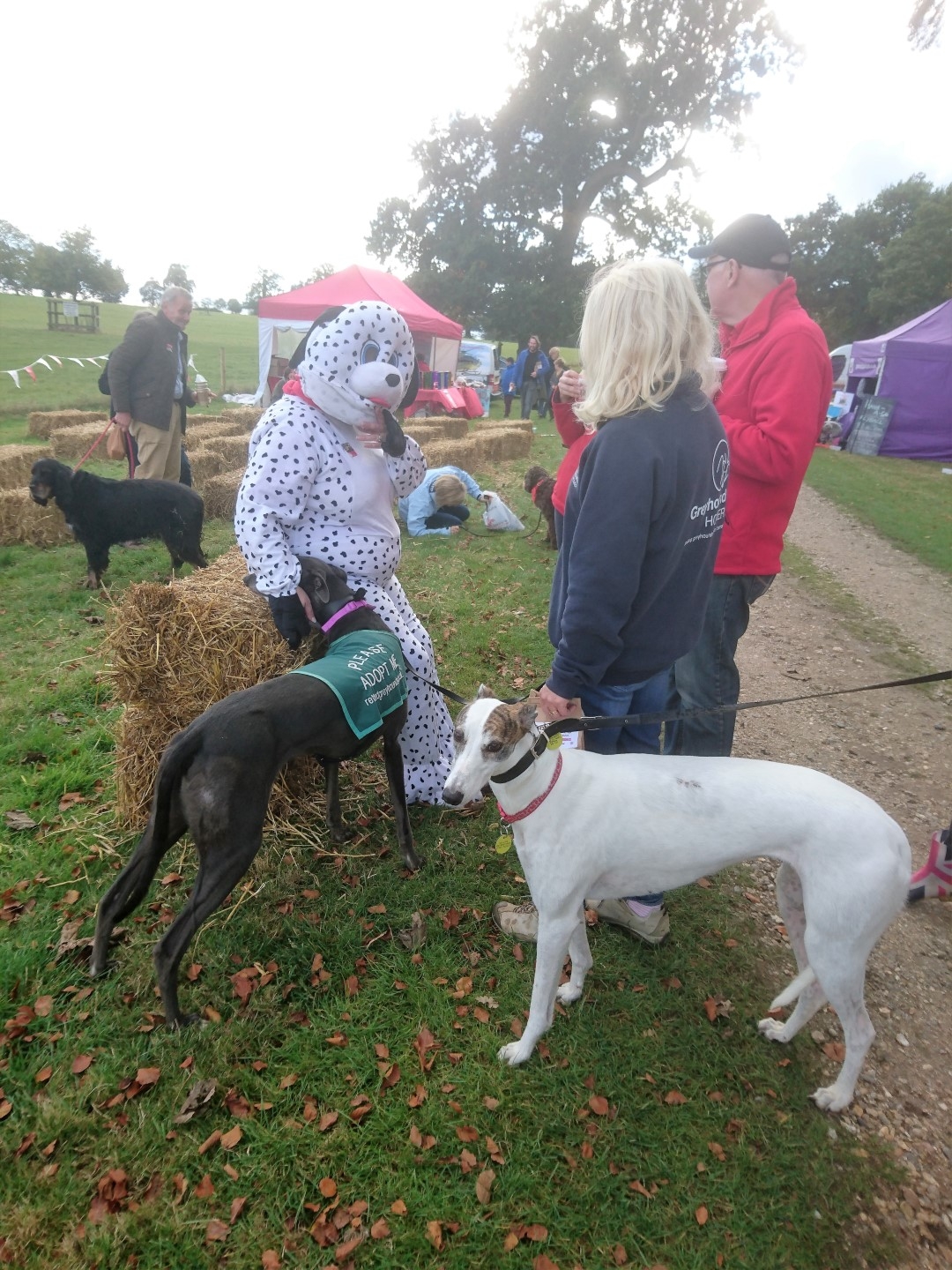 Davey having a cuddle at the Clacton Food and Drink Festival

Davey is interviewed on Sky.