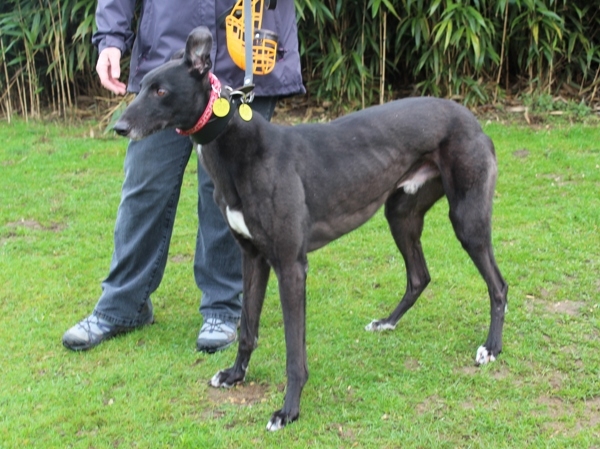 Born in October 2012 Jackson (racing name Soviet Jackson) is a sweet boy who has spent his racing career at Dillymore. He can appear a little shy with new people to start with but soon makes friends.

Update 19/03/17  Jackson had his first day out of kennels yesterday when Volunteer Michelle took him out for a walk with her family.  He got on well with the family’s two greyhounds Lottie and Bocko.  While he was out he met a horse and although curious he wasn’t fazed at all.  After the walk he was invited for biscuits and a play date at Michelle’s house where he got on famously with their elderly Jack Russell.  He also sussed out all of the comfy beds and made himself at home.  It was great for this shy boy to go out into the big wide world and to enjoy it.

Update 01/4/16 Jackson had a lovely surprise today when his favourite volunteer Michelle took him for a lovely walk around the grounds and gave him lots of cuddles.  He had almost given up hope of seeing her today as she was late arriving having carried out a successful home check for his buddy Dragonfly before coming to kennels. 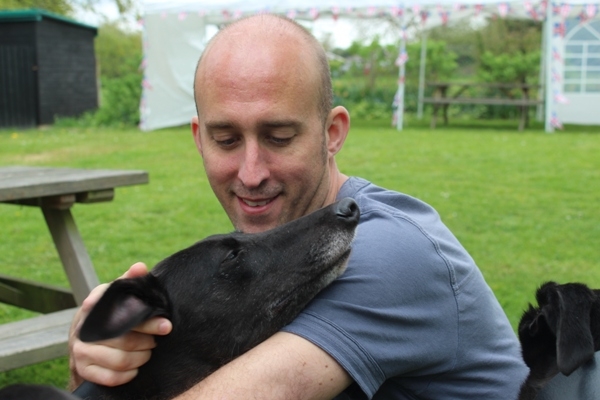 Update 23/04/17 Jackson had a walk around Bentley with his favourite Volunteer Michelle and her family and six other greyhounds.  Jackson loves his Saturday morning walks and is becoming more and more confident every time.

Jackson enjoying an ear rub and a cuddle on his Bentley walk.

Update 02/6/06/17  Jackson has had some more days out.  Recently he has been going for a walk around Brett Vale Golf Club with owner Chris.  Jackson loves the walk but the best bit of all is the full English breakfast and the attention he gets from the fellow golfers afterwards.  Jackson can be a shy lad but these days out are so good for him.  He will make a super pet for somebody who is happy to let him come out of his shell at his own pace.  He really is a super boy.

Update 19/07/17 Jackson has been out with Michelle and her family.  On Sunday they took him to their house to play with their dogs, they all then went for a walk at Alton Water where Jackson enjoyed a paddle.  It was then back to Michelle’s for treats and a lovely tummy tickle which he really enjoyed.  Bless him. 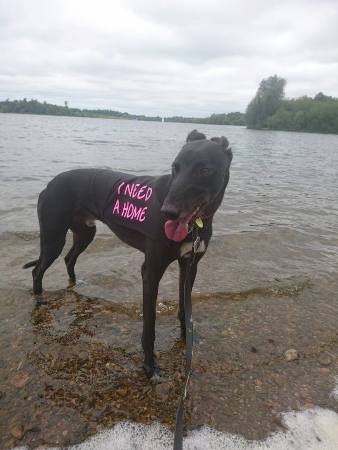