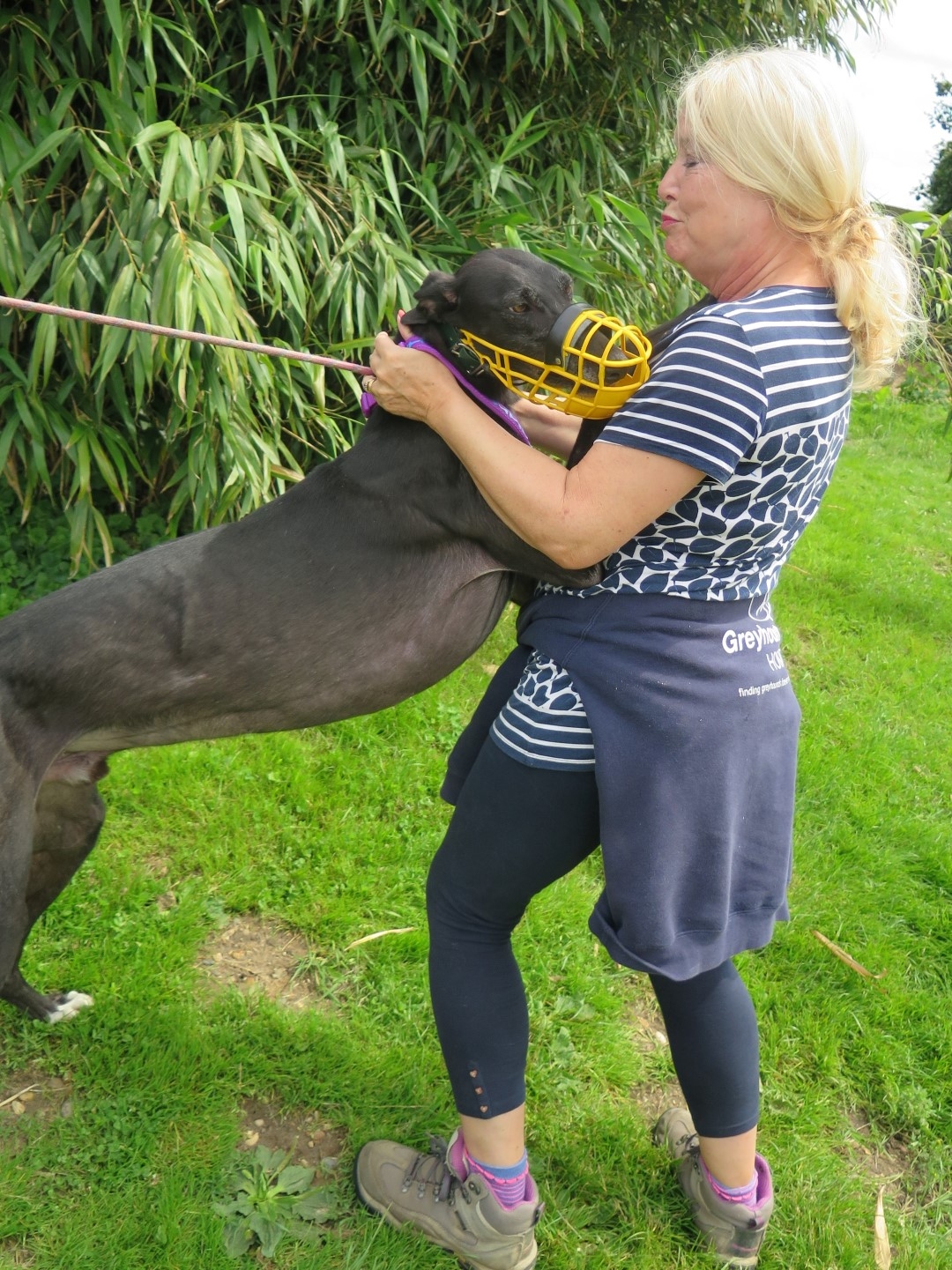 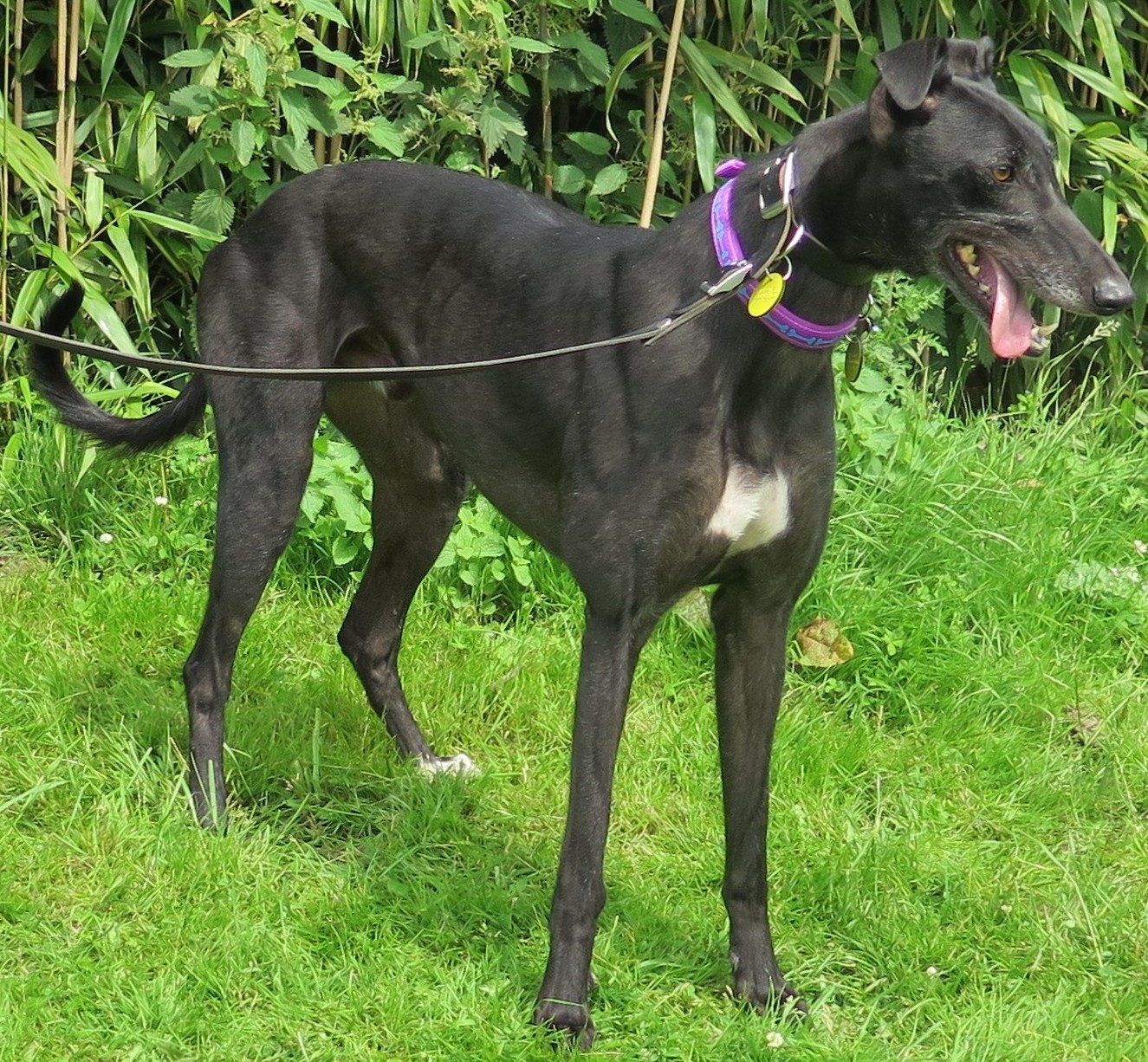 Born in October 2012 Jacob is a happy, handsome, lively and affectionate lad who loves his cuddles.

Update 06/9/16 Jacob has been to his first show, he joined us and some of his kennel mates at the Tattingstone village fete.  What a fabulous boy he is.  He wanted to make friends with everybody, behaved well around other dogs and was happy to meet little people.  He was fascinated by the nearby bowls stand but wasn’t so keen on the wellie wanging competition, think he thought they were throwing them at him. He decided to go for a lie down in the van until the ‘wanging’ had stopped.

Update 13/09/16 Jacob has been to a birthday party with some of his kennel mates.  He was a brave little Soldier and stood beside the bouncy castle.  He enjoyed lots of fuss and loved it when the treats were handed round.

Update 20/9/16 It was show time again for Jacob this weekend when he went to the Henham Steam Rally.  He behaved very well again, he really is a pleasure to take out. 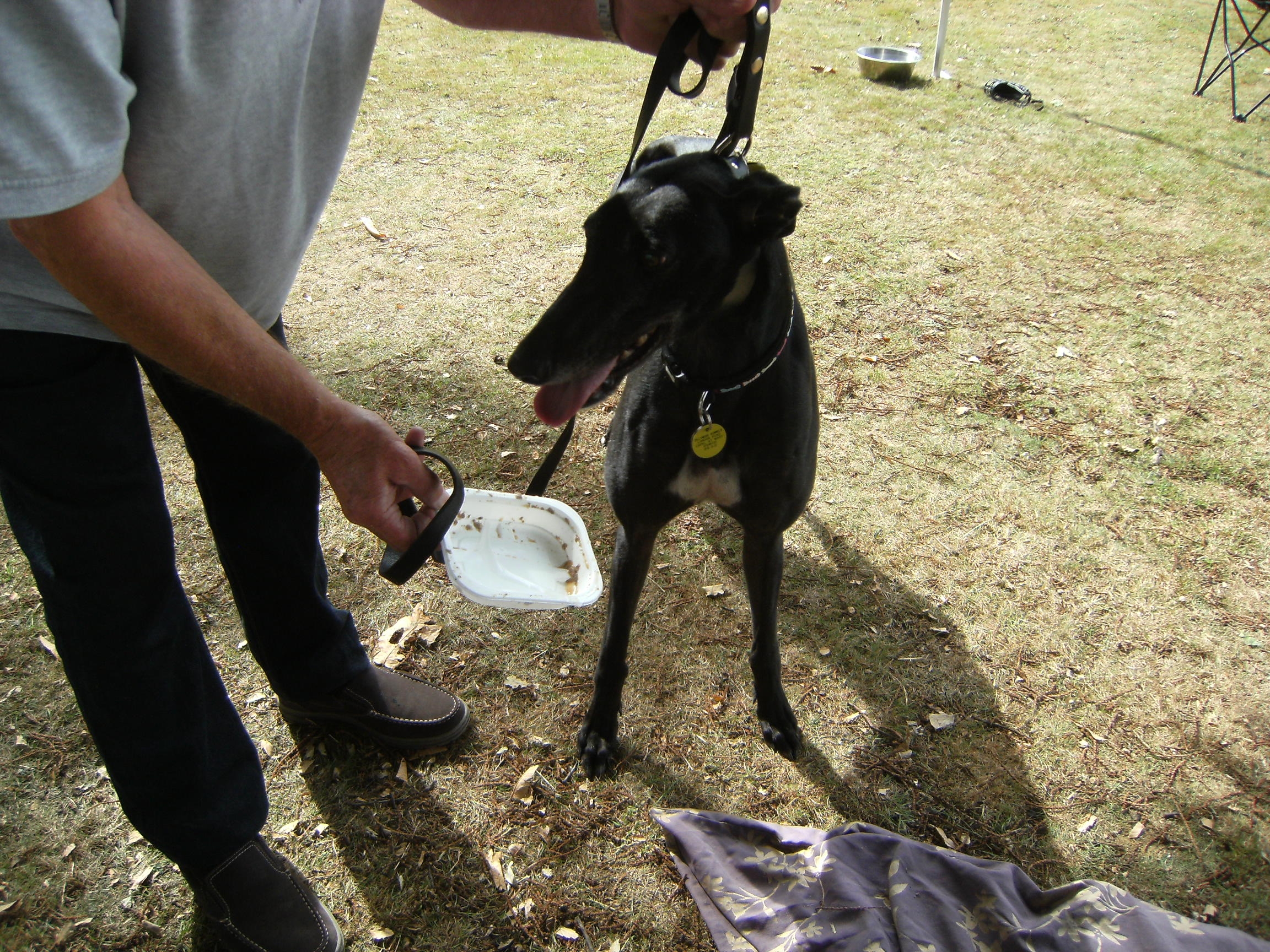 Jacob polishes off lunch at the Tattingstone fete.  Jacob hopes he is taken to another show soon! 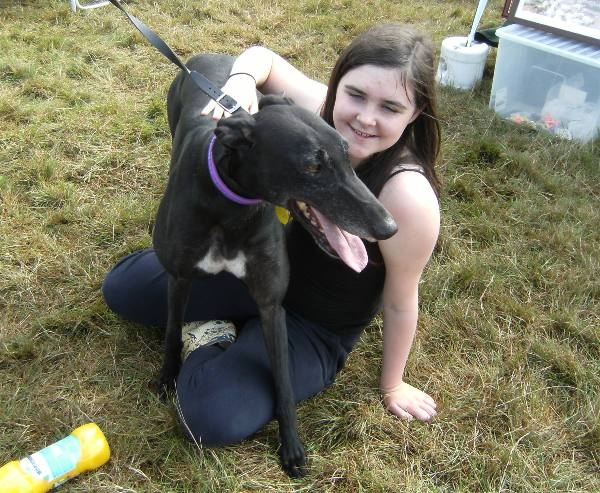 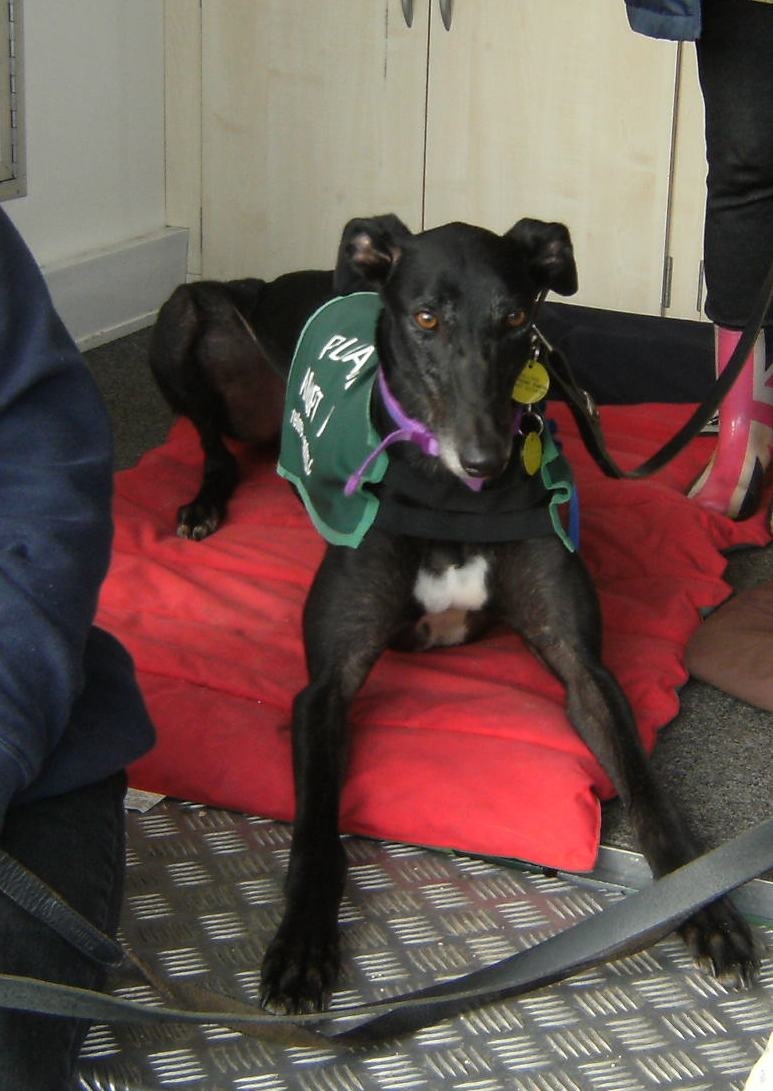 Jacob at the Henham Steam Rally.

Update 22/10/16 Jacob joined at the Robin Hood country show last weekend.  How could anybody resist this handsome chap?

Update 09/11/16  Jacob has appeared as the featured hound in the November addition of Ipswich 24 Magazine.  Lets hope that helps to find a home for this lovely boy.

Update 01/01/17 Happy little soul Jacob joined us for our New Years Day walk at Stutton.  He was so interested in everything and everybody.  He is such an affectionate boy, lets hope it really is a happy new year for this fun loving cuddle monster.

Update 18/02/17 Jacob who is now our longest stayer,had a wonderful afternoon out with his volunteer Michelle and her family.  He had a great time with her other two greyhounds.  He went back to Michelles’ house for games and treats and to meet Harley the elderly Jack Russell.  He especially liked playing piggy in the middle.  The children adored him, not only because he was good fun but because he was affectionate too and gave them lots of kisses.

All our greyhounds are neutered, teeth cleaned and inoculated. They each leave us with a new coat, collar and lead, muzzle, wormers and flea treatment. Most are now microchipped which is transferred to the new owner and also have four weeks free Petplan insurance.