Meet Soviet Paddy, born in January 2013 – another three year old boy. He loves a rough and tumble, is affectionate and full of life.

Update 21/6/16 Paddy along with his kennel mate Jan joined us for the Great Gloabal Greyhound Walk yesterday.  It was his first outing and what a little star he turned out to be!  He took everything in his stride, wasn’t worried or fazed by anything.  Those magnificent ears of his stood up and his tail wagged throughout the morning.  He met lots of people big and small and made friends with some different breeds of dogs.  His behaved brilliantly when another dog growled at him, never retaliated at all – just turned his head away.  We were so impressed with the way he behaved and he will be invited to join us at our next show. Unless of course he gets snapped up! That would be nice as he has been waiting since February for that special someone to come along.

Update 27/6/16 Paddy joined us at the Colchester Food and Drink Festival this weekend. He had a brilliant time meeting lots of people and lapping up all of the attention. 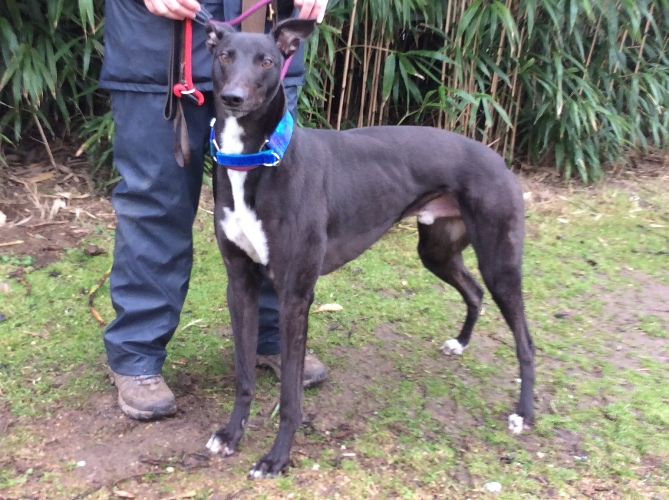 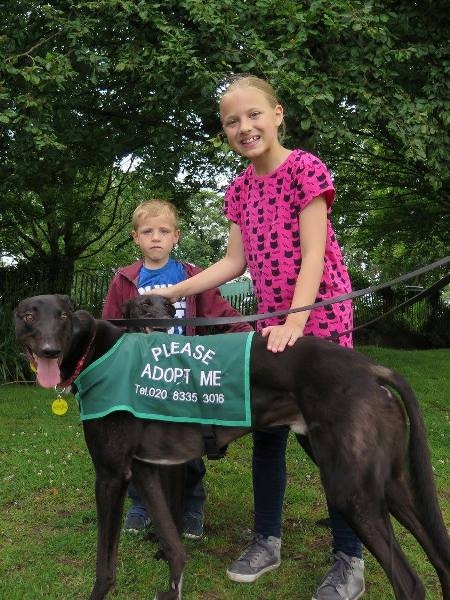 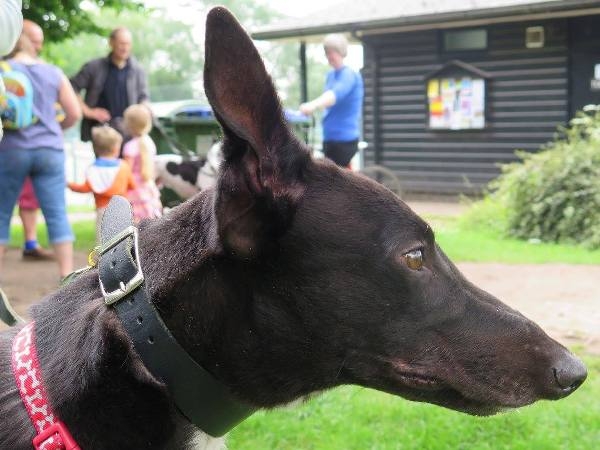