Billy (Exiles Lee) is a nine-year-old  boy, who has just been returned to us having been in a home since 2011. He is currently in a foster home awaiting his forever home. He is a very affectionate little boy, clean in the house, sleeps through the night with no problems, calm, eats well, loves cuddles and is enjoying the company of his 4 year old greyhound foster sister.

Update 4th April from Billy’s foster Mum:
Billy is a gorgeous 9yr old black boy with a soft glossy coat, white feet and chest, he is starting to go grey around the muzzle which makes him look very dapper.
Billy is a real gentleman, very chilled out, laid back and easy going spending lots of time relaxing in his bed.  Billy hasn’t encountered small children or small dogs while he has been in foster with us but because of his temper 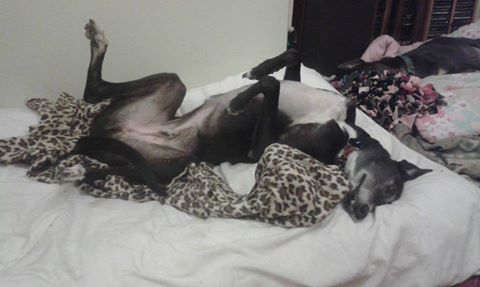 ament we don’t see him having any issues in this area.
Billy is fully house trained and isn’t fazed by the hoover, thunder, or other loud noises, in fact sometimes I have to lift the corner of his duvet to get him out of bed so I can shake it out to hoover around it!
Billy loves going into the garden for a mooch about and loves going on walks.  He is easy on the lead and likes to stop and have a good sniff to keep abreast of everything that is going on.  We haven’t met any squirrels yet, but he likes to stand a watch rabbits running around and he has not attempted to pull or go after them.
He has a 4yr old foster sister who he gets on very well with, they like to play in the garden, share cuddles and swap beds, they have even been known to share a bowl of food with out showing any signs of food aggression, his foster sister is the more dominant and Billy just follows her lead.
Billy has corns on three of his feet which have been surgically removed and are easily treated at home, however he doesn’t particularly like his feet being inspected, he allows you to quickly wipe them after a muddy walk,  but we have found for his comfort it is better to pop a muzzle on him and for a second person to give him lots of cuddles and reassurance while any foot inspection is being undertaken. 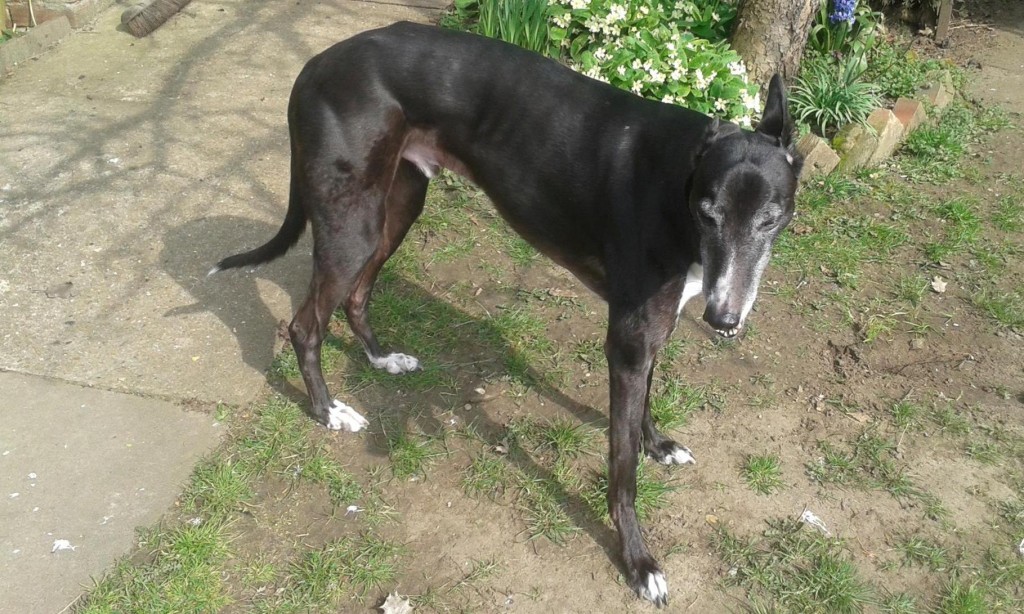 Update 19th April  Billy took part in a meet and greet at Pets at Home, Martlesham on Friday 15th. He was friendly towards all of the other dogs including different breeds and with everyone he met. 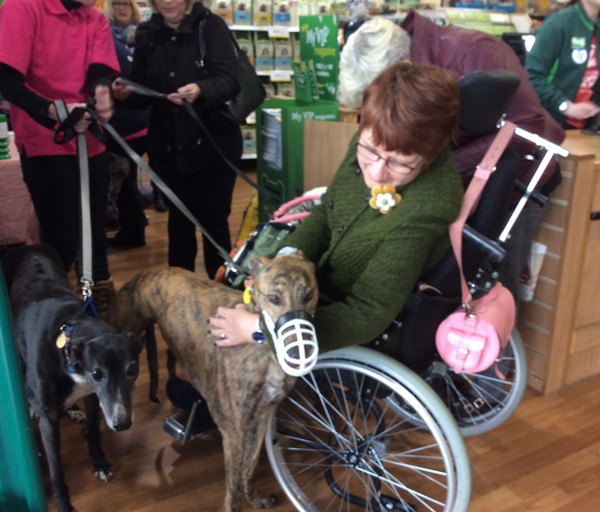 All our greyhounds are neutered, teeth cleaned and innoculated. They each leave us with a new coat, collar and lead, muzzle, wormers and flea treatment. Most are now microchipped which is transferred to the new owner and also have four weeks free Petplan insurance.