Born in October 2013 Milly (Racing name Tullycanna Milly) is a sweet natured girl who had only just arrived at Dillymore when she had her photo taken.  She had travelled well in the car on the way here and was soon eager to explore her new surroundings.

Update.  Milly recently had an outing to the Framlingham Show with retired and homed dog Fox.  She was a little overwhelmed by it all to start with as it was her very first outing but with Fox by her side and plenty of other greyhounds to stop and talk to she soon relaxed and enjoyed herself.  She was especially keen on the free samples of dog treats!

Update13/08/18  Milly has been a busy girl of late.  She has been on a couple of outings with her friends Fox (a greyhound) and a retriever called Darcy who she became quite sweet on by the end of the walk having given him a wide berth to start with.  Well she had no idea dogs had fluffy ears and tails and thought all dogs were greyhounds.
This weekend she went to her second show.  Milly really is a people dog, she just loves us all!  She travelled to and from the show with her kennel mate Java and both behaved well in the car.

Update 17/08/18  Milly who has been waiting since March for her forever home had a walk around Alton Water with a gorgeous retriever called Darcy yesterday and a sleepover at greyhound Fox’s house with her Volunteer. It had been brought to our attention that Milly was scared of slippery surfaces and so with the help of lots of mats etc laid over the tiled and laminate floors and with Fox’s encouragement Milly agreed to stay. She soon found her confidence, didn’t need the help of the mats after a while and had a great time. She is such an affectionate and sweet girl we hope she finds her forever home soon. Unbelievably for her first night in a strange place she woke her Volunteer up at 0.245 because she needed to go out to the toilet. What a good girl 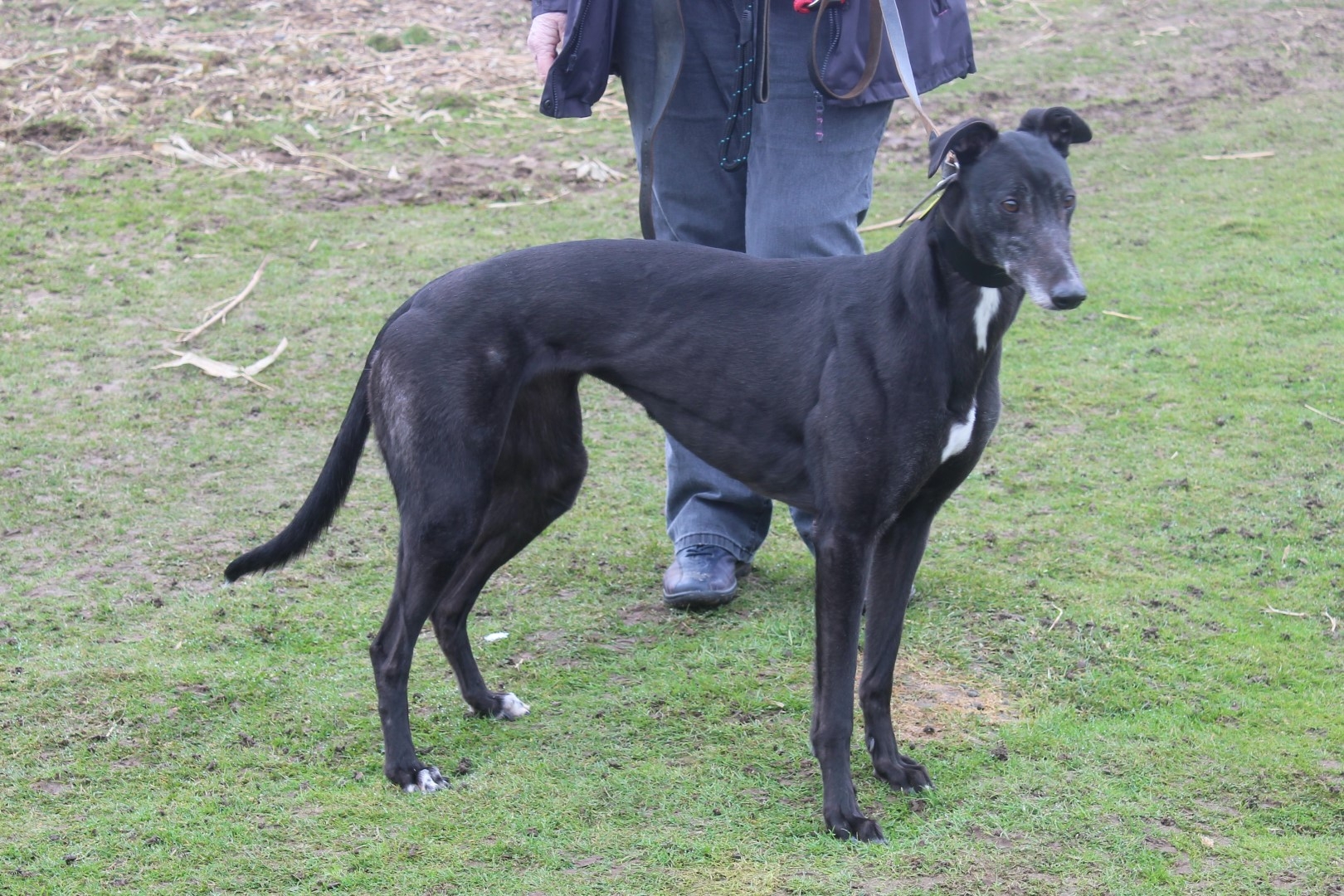 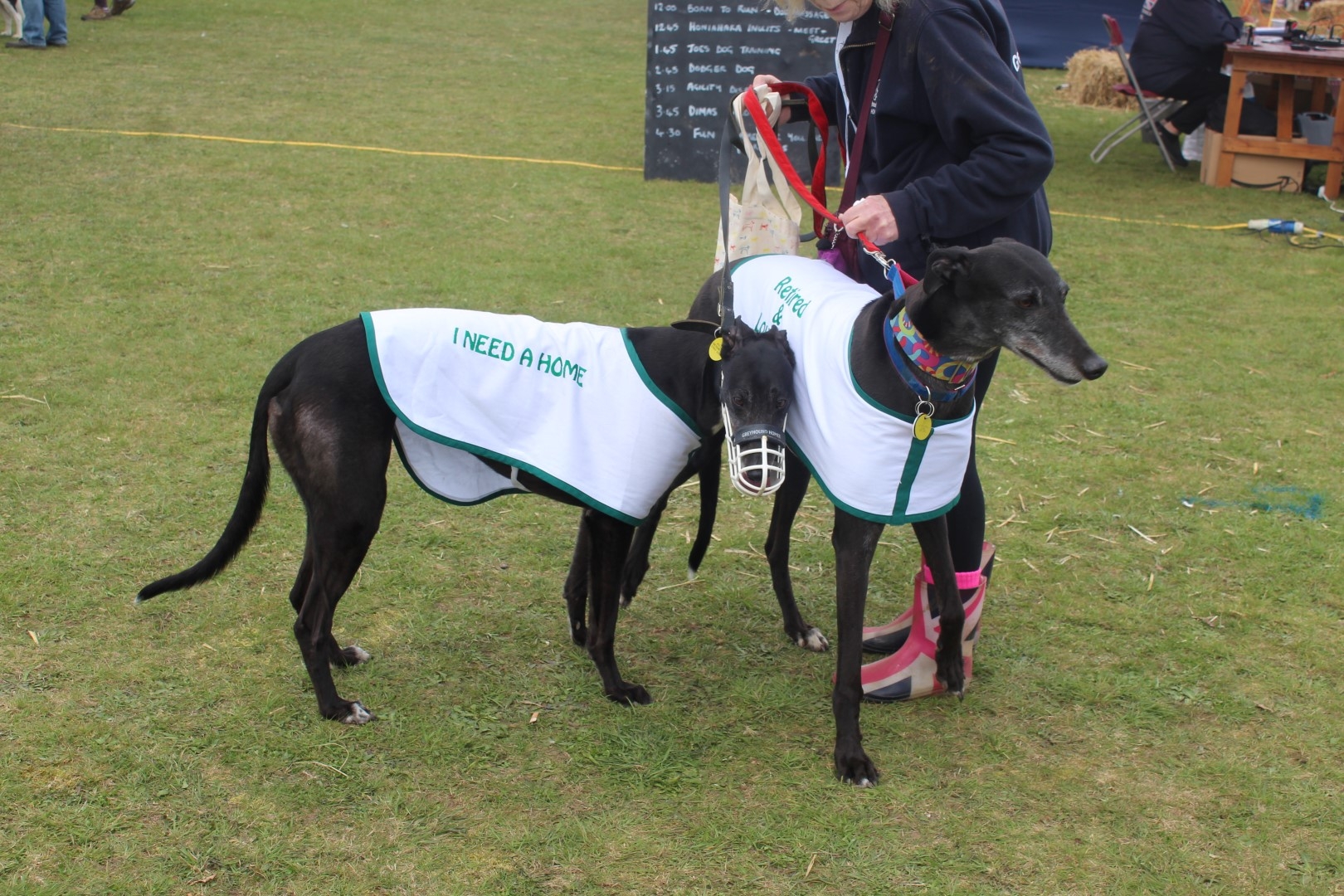 Milly was fine with Fox by her side, he is an old hand at shows and soon taught Milly the ropes. 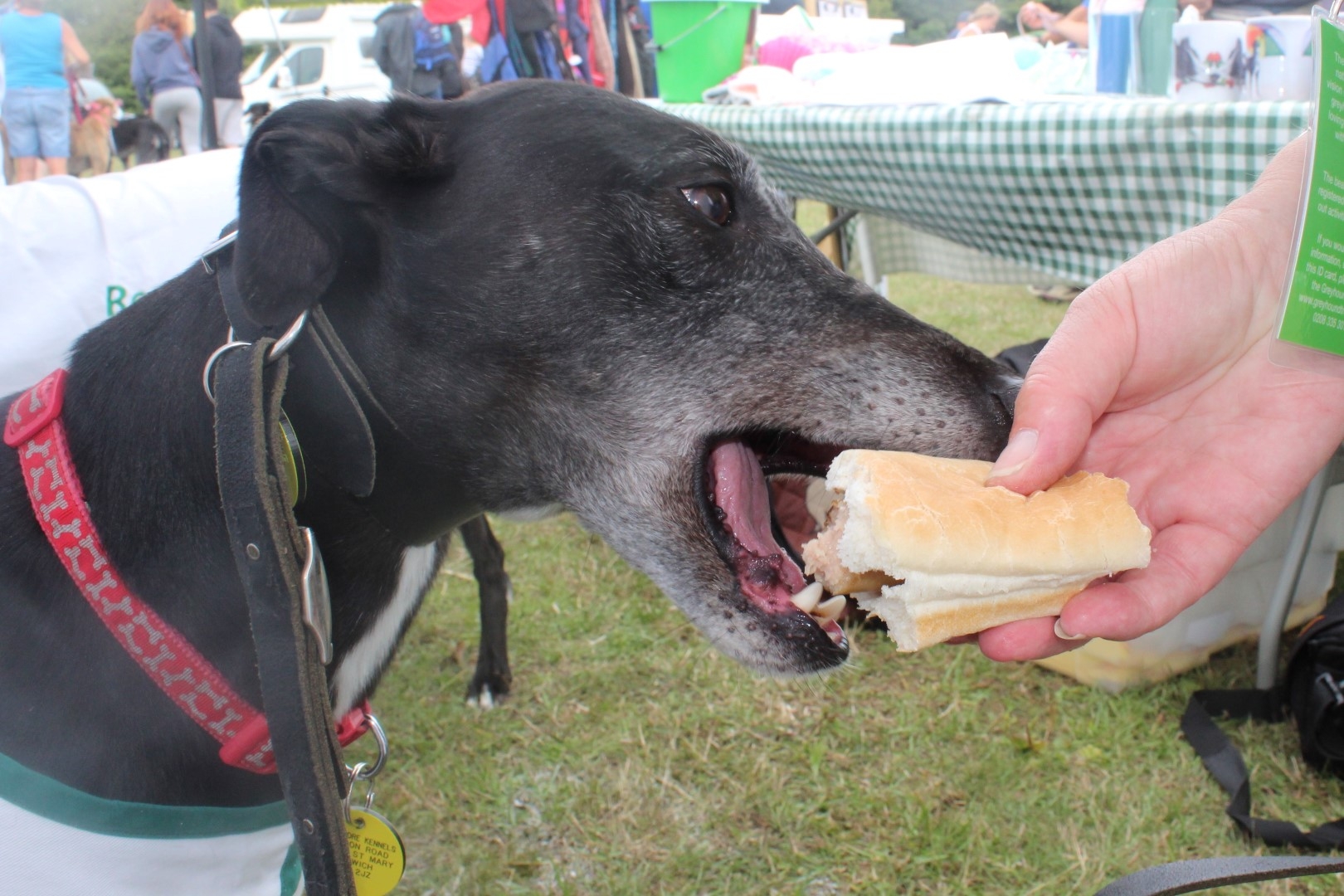 Milly enjoying a hot dog at the Greyhounds Walks Show. 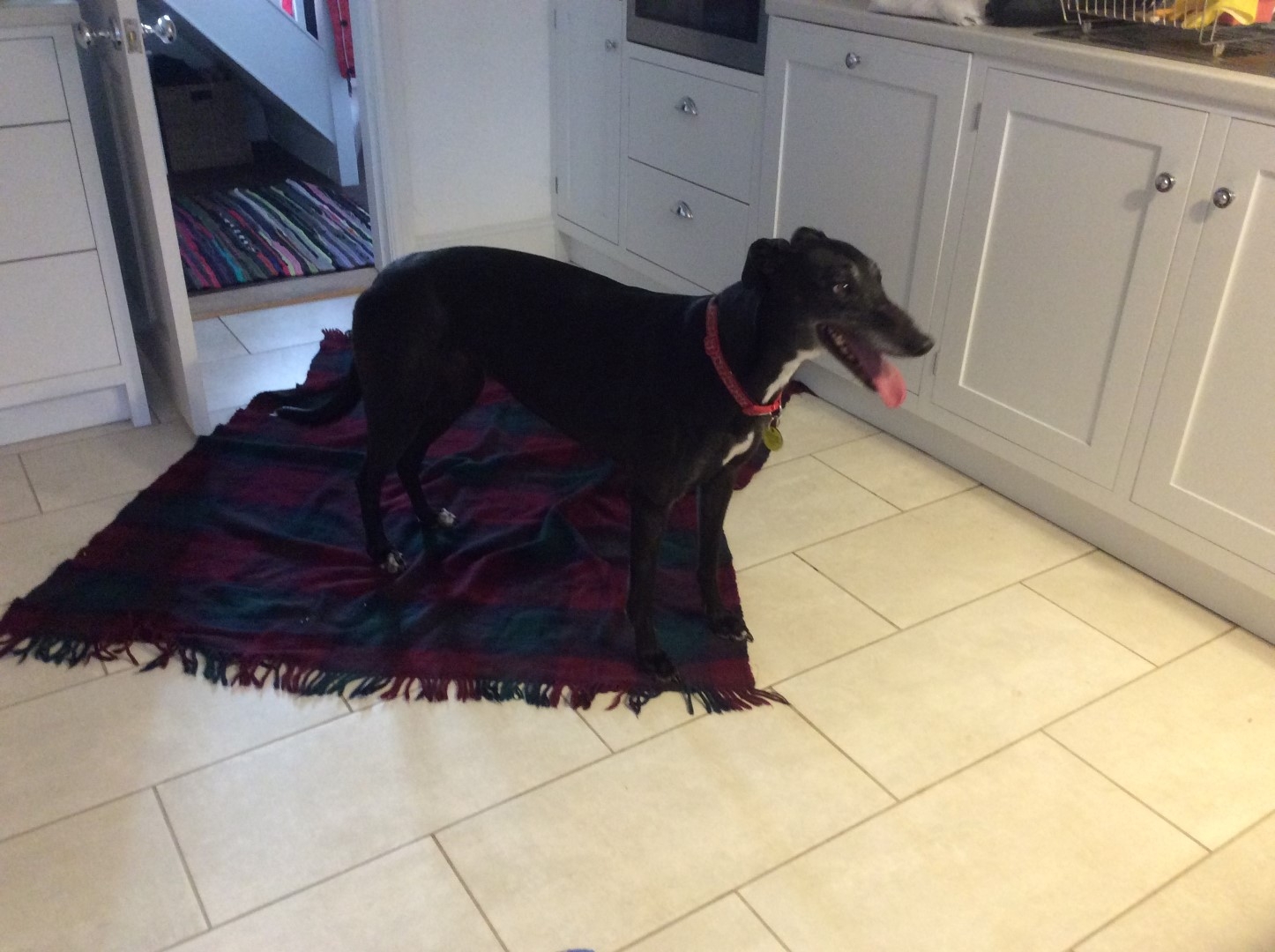 Milly soon left the safety of the mat and learnt all about slippery surfaces.